Why Top Chef Joe Sasto is passionate about cannabis cuisine 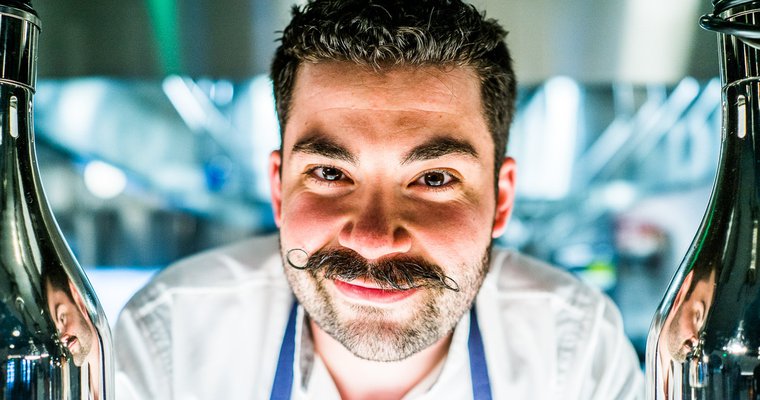 Wine isn’t the only thing that pairs well with food, according to Chef Joe Sasto, who said the terpenes — the volatile flavor and aromatic compounds found in wine — can also be found in cannabis.

That makes it “it an ideal accompaniment to great food and friends,” said Sasto, who was a finalist on season 15 of “Top Chef’ and specializes in pasta dishes as well as pop-up “cannabis pairing dinners.”

“Cannabis is another ingredient from the earth used to highlight and enhance the food, the people, and dishes being served,” he said during an interview with FastCasual.

Always careful to preserve taste, Sasto, who is returning to “Top Chef” for season 17, first vaporizes the plant into live resins containing the pure flavor of each strain and its terpenes. He also takes care to dose each guest according to their tolerance, “so Snoop Dogg and Martha Stewart could sit next to each other and both have a great time,” he said.

Aiming for diversity in his guest list, he chooses secret locations in areas like downtown Los Angeles, San Francisco, Boston and Vancouver for his pop-up dinners.

“There can be a table with a 75-year old sitting next to a 25-year old, and by the end of dinner they’ll be hugging, laughing, and exchanging phone numbers — it’s really great,” Sasto said.

Sasto’s mission is to serve amazing food while helping to remove various stigmas associated with cannabis.

“I fill a unique niche in an ever-evolving culinary landscape. Having a professional pedigree in two and three Michelin-starred kitchens, as well as in-depth knowledge, understanding, and passion for the cannabis flower, I am able to combine the two together to create one-of-a-kind experiences,” he said.

Chefs hoping to offer their guests a similar experience should think outside of the box.

“Try to move away from just adding an infused fat or oil to a big batch of something, because the flavor of the plant matter is not always enjoyable or desired,” Sasto said. “But rather the terpenes of the plant are what makes the best pairings.” Sasto shared a few pairings that have worked for him:

“I prefer live rosins, vaporized in a device like the PuffCo,” he said. “That way there isn’t combustion of the plant matter, and it isn’t over or under heated. Allowing your mouth to become coated with the flavors of the strain and terpenes — rather than smoke or plant matter. Live rosins vs resins don’t have any additional solvents or additives that can dilute the natural flavor of the strain.”

Why farm-to-table is best
Sasto is also dedicated to the farm-to-table experience, using only clean, pesticide-free marijuana from sustainable farms like Autumn Brands — a state-licensed and compliant cannabis operator in California — to create his recipes. In fact, Sasto hosted a dinner there a few months ago offering diners a full-course meal featuring fresh-baked cannabis cuisine.

By honing his craft and constantly evolving his approach — maybe someday incorporating visual elements of art, music and lights — Sasto hopes to help educate consumers about the realities of cannabis in a safe, non-judgmental space. His best advice?

“Don’t overdo it. Everyone is different, so definitely experiment to find your ideal dosage,” he said. “Just allow the medicine to do its thing, and let yourself feel its healing benefits.”

Although Sasto could see himself opening a restaurant specializing in cannabis-paired foods, the current pandemic has left the future uncertain for the restaurant industry.

“I feel that the restaurant model is going to be completely different than the current landscape we have,” he said. ” It’s very hard to say what the restaurant industry will look like in the future with any certainty. There’s a lot of inherent qualities and flaws in the systems that we have unfortunately become accustomed to.

“This can be a unique opportunity for the independent restaurant and hospitality industry to reflect on how we can rebuild the systems that provide a better experience for not only the guest but for the employee as well.”